I have been sick this whole week, so I watched all the Netflix Christmas movies. Just the Netflix Originals – meaning I didn’t get to watch Merry Kissmas, unfortunately. What follows are reviews of those movies, made while I was still sick.

The Parent Trap but with an engagement swap at the end, but also not as good as Parent Trap. Vanessa Hudgens really was doing her best, but that wasn’t quite enough. I think the germ of this movie began on a spinning wheel in a Netflix exec’s office, when a dart landed on “romcom” and another dart landed on “baking show.”

From the male romantic lead: “Right in the middle of seafood risotto, she looks at me and says: it’s over. And then they start playing Silent Night.” I get that. It’s like how I haven’t carved a pumpkin since the person I was dating ghosted me right after. It’s tough.

But also, this tweet is very nearly the whole movie: 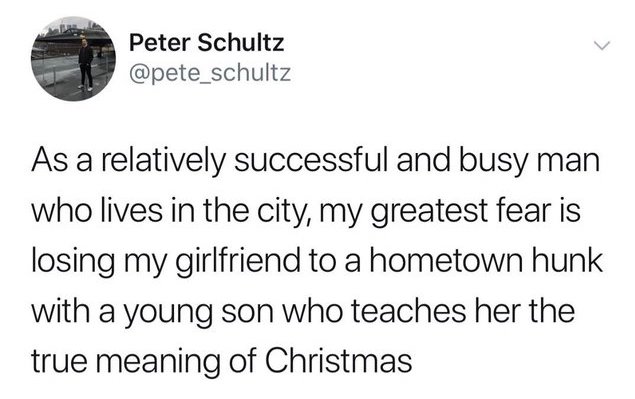 Finally, it lasted FOREVER, through like eight or nine “will they or won’t they” moments. They eventually do, but the moment kinda sucks.

Went into this one with a lot of optimism, because of Kurt Russell. The little girl is great. But the boy is not great. Also very early on there is a shot of a broken picture frame. Oh and there’s a dead husband. The themes! There could be a bingo. 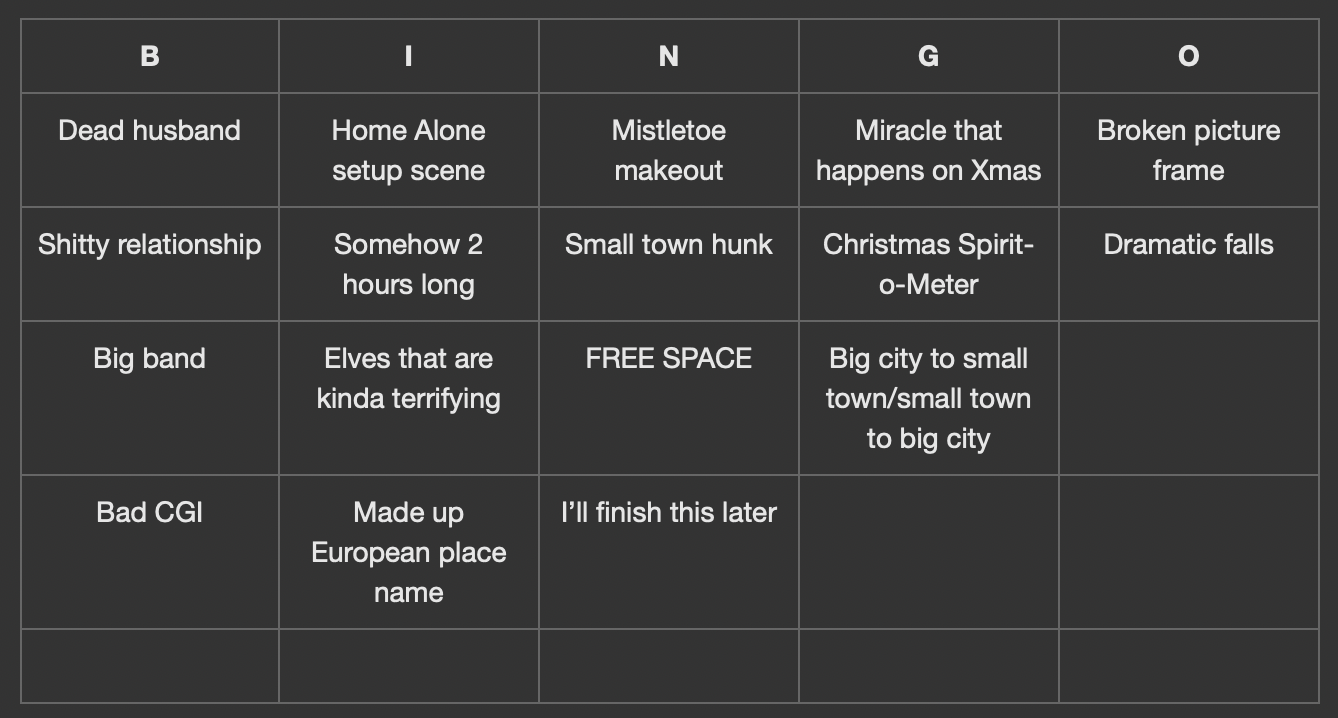 This is actually fairly good, though. Good action, good jokes (Q: “How do you think I can leap from rooftop to rooftop?”, A: “Pilates?”), and even with the weird Gremlin-cum-Minion elves it’s still okay.

But also it’s like… what? Who had the note to add Minions? Why does it feel like Gone In 60 Seconds but with Santa? Am I even sure I’m remembering the right movie anymore, and not just a mishmash of all the other ones I watched?

I didn’t watch it, because from the preview, it looks exactly like The Princess Switch but without the baking or Parent Trap angle.

This looks promising. I’m too far gone to try, though. I couldn’t tell you that I was paying attention to the other movies. But whatever resource my brain had been able to allocate is gone. Whatever scratch I was hoping to scratch has turned quite raw. Someone just told me there’s a Grumpy Cat Christmas movie.